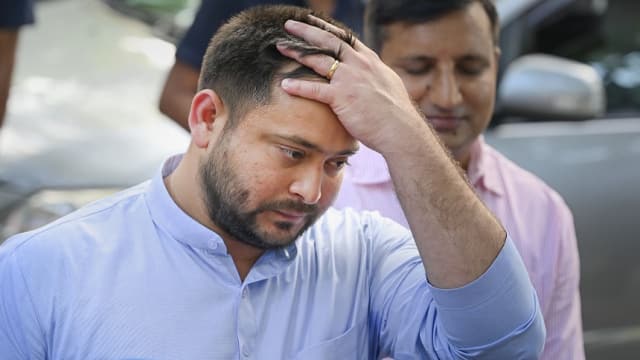 Patna: Bihar Deputy Chief Minister Tejashwi Yadav’s troubles may increase in the IRCTC scam. The Central Bureau of Investigation (CBI) has moved a special court on Saturday seeking cancellation of his bail. The CBI has demanded cancellation of bail of Tejashwi Yadav, accusing it of threatening its officers.

Addressing a press conference last month, Mr Yadav had said, “Do CBI officials not have a mother and children? Don’t they have a family? Will they always remain CBI officers? Will they not retire? Will only this party remain in power? What message do you want to send? You should honestly discharge the duty of the constitutional organization”

Tejashwi Yadav had addressed the press conference after the homes of several Rashtriya Janata Dal (RJD) leaders were raided by the CBI in connection with the “land-for-jobs” case that alleges irregularities during his father Lalu Yadav’s tenure as Railway minister in the UPA-I government.