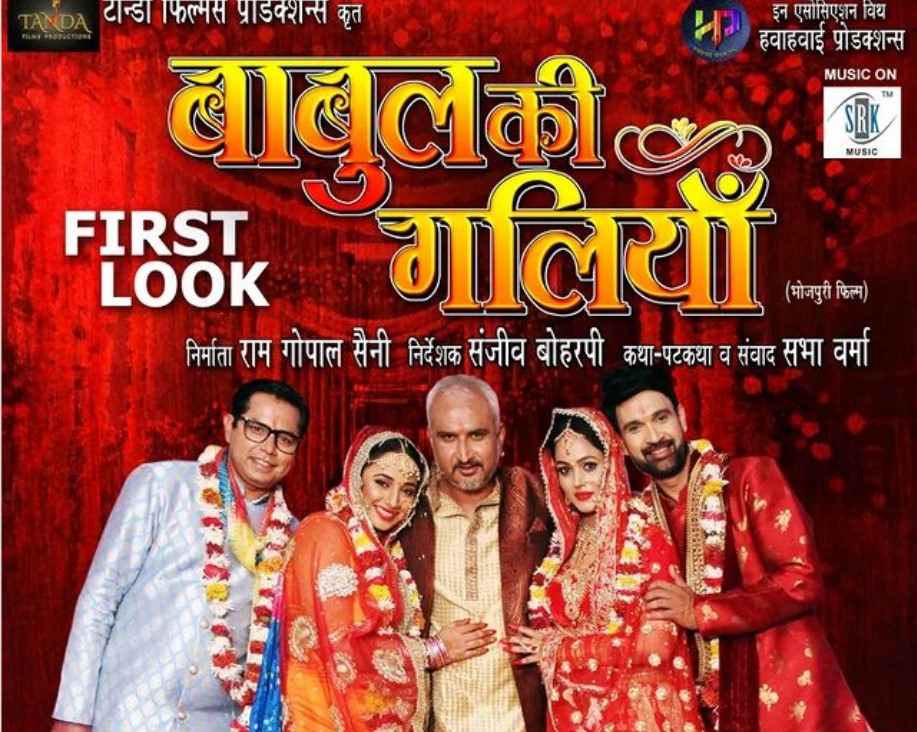 Top Bhojpuri actor Jai Yadav, whose film ‘Babul Ki Galiyan’ will hit the theatres on Diwali. In this film, Jai Yadav got a chance to share the screen for the first time with veteran actors like Bhojpuri’s most promising actor Awadhesh Mishra, Bhojpuri queen Rani Chatterjee, Dev Singh, Prakash Jaish. They are very excited by this. Jai Yadav says that the film ‘Babul Ki Galiyan’ is a great film. I consider myself lucky that I got a chance to work in a film. The film also stars Roshni Singh.

The poster promises a family –drama as the actors are seen in wedding attire. Reportedly, Awdhesh will play the farther of the lead actors. “Babul Ki Galiyan” is directed by Sanjeev Boharpi adnn produced by Ram Gopal Saini.

Jai Yadav said that we have moved ahead after watching the films of artists like Awadhesh Mishra and Rani Chatterjee. I had no idea that one day we would all make an amazing ranobo of cinema under one umbrella. But I have got this opportunity, for this I am thankful to the producer of the film Sanjeev Boharpi and director Ram Gopal Saini.

He said that the trailer of our film has been released from the YouTube channel of SRK Music, where it has got amazing affection from the audience. The audience has also appreciated my character. Many people also congratulated us for this film. Now I would just like to say to my audience and well wishers that whenever my film ‘Babul Ki Galiyan’ is released, you all must go to the theatres and watch it.