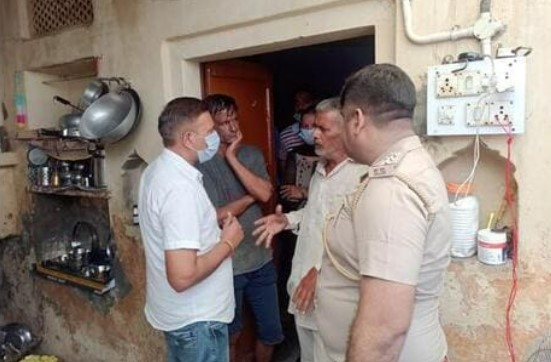 AMBALA: In a shocking incident has been reported in Ambala, where, six members of a family were found dead on Friday morning at Balana village in Ambala district. The officials recovered a suicide note from the spot under mysterious circumstances.

Police recovered the bodies and identified as Sangat Ram, 65, and his wife Mahindra Kaur besides their son Sukhwinder Singh, 34, and his wife Reena and their daughters Jassi, 8, and Ashu, 5.

A crime team has been called to the scene, after one of the family’s neighbours informed them that nobody was responding to his knocking at their door at around 9am.

Deputy superintendent of police Joginder Sharma said initial investigation showed that Sukhwinder, who worked in a private insurance company, strangulated his parents, wife and children before hanging himself.

The DSP confirmed that a suicide note has been recovered but did not divulge its details.

The bodies were taken for post-mortem, which is underway, to ascertain the cause of death.

“Six members, including two children, of the same family found dead. A crime team has been called to the scene. A suicide note has been recovered. Further investigation underway,” said Deputy superintendent of police, Ambala, Joginder Sharma.