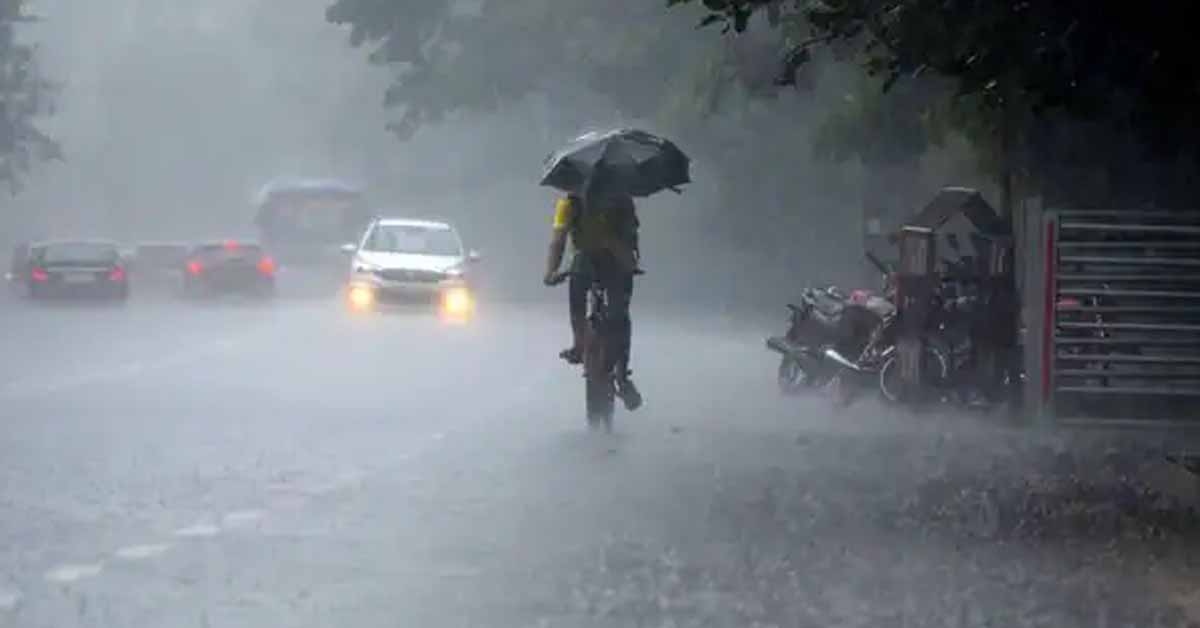 Schools to remain shut in Gujarat

NEW DELHI: The Indian Meteorological Department has issued a red alert for Kolhapur, Palghar, Nashik, Pune and Ratnagiri in Maharashtra till July 14 and has also predicted heavy rains.

While, the department has issued an orange alert for Mumbai.

Along with Maharashtra, heavy rains have been predicted in Chhattisgarh, Madhya Pradesh, Odisha, Gujarat, Kerala, coastal areas of Andhra Pradesh, Telangana and Karnataka.

According to the SDMD of Maharashtra, a total of 76 people have died since June 1. Apart from this, 838 houses have been damaged due to rain in the state.

Due to the rain, many rivers of the state including Kundalika have reached the warning level.

In Gujarat also Purna river is running above the danger mark due to which 1700 people have been shifted to shelter home in Navsari city.

Amarnath Yatra, which was partially suspended after a cloudburst incident near the holy cave, resumed on Monday morning. A fresh batch of Amarnath pilgrims has started to move from the Jammu base camp.

Schools and colleges in Telangana have been closed till Wednesday in light of the adverse weather conditions. Chief Minister K Chandrasekhar Rao had on Sunday ordered the top officials to take immediate measures to prevent the loss of lives in the wake of the weather department’s warning against incessant heavy rains in the state for two more days.

The India Meteorological Department on Sunday predicted that rainfall is likely to continue in Telangana for the next 24 hours. A red alert was issued for eight districts namely Jayashankar Bhupalpally, Mulugu, Mancherial, Bhadradri Kothagudem, Nizamabad, Nirmal, Adilabad and the capital city Hyderabad.

The flood-like situation in Gujarat’s Valsad has worsened, with water entering low-lying areas amid heavy rainfall. Flash floods in the Tapi area meanwhile has led to the washing away of the bridge connecting Panchol and Kumbhiya villages