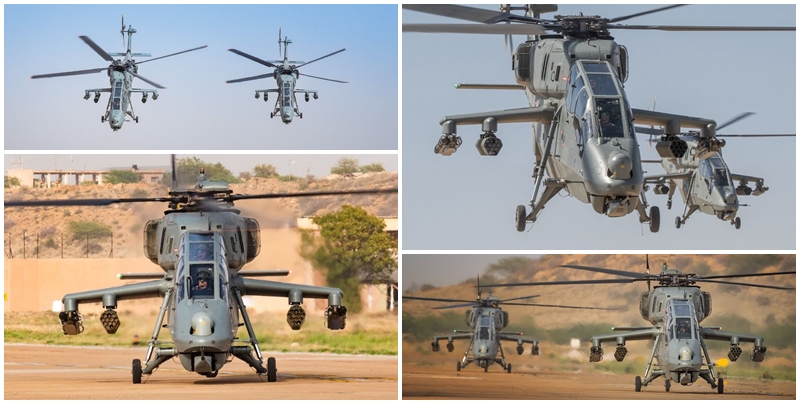 NEW DELHI: The Indian Air Force has got the Light Combat Aircraft (LCH) on Monday. ‘Prachanda’ fighter aircraft is made in India, which has been developed primarily for mountain warfare.

The fleet comprising four helicopters was inducted into the IAF at a ceremony at the Jodhpur Air Force Station in presence of Defence Minister Rajnath Singh, Chief of Air Staff Air Chief Marshal VR Chaudhari and other senior military officials.

Light Combat Helicopter is capable of dodging the enemy, carrying a variety of ammunition & delivering it to the site quickly
LCH perfectly meets the needs of our armed forces in various terrains & it is an ideal platform for both our Army & Airforce

After this program, Defence Minister Rajnath Singh took off in Prachanda. Singh also shared a video of Prachanda.

Rajnath Singh said, “The induction of this LCH with tremendous power, tremendous velocity and fierce strike capability will not only increase the power of the Air Force but it is also a big step towards self-reliant India.”

The Defence Minister said, “I was told that the Light Combat Helicopter (LCH) has been designed and developed to suit the needs of the modern battlefield. In a series of trials in its developmental stages, it has been able to meet various challenges. Ability has been shown.”

In the program, Rajnath Singh said that there can be no better time than Navratri and better place than the soil of Rajasthan to hand over the LCH to the Air Force.

The induction of the chopper comes at a time India and China are locked in a military stand-off in certain friction points in eastern Ladakh.

Hindustan Aeronautics Limited (HAL) has made these light combat aircraft. 15 LCH aircraft will be inducted into the army at a cost of about Rs 1885 crore. Of these, 10 aircraft joined the IAF fleet on Monday.