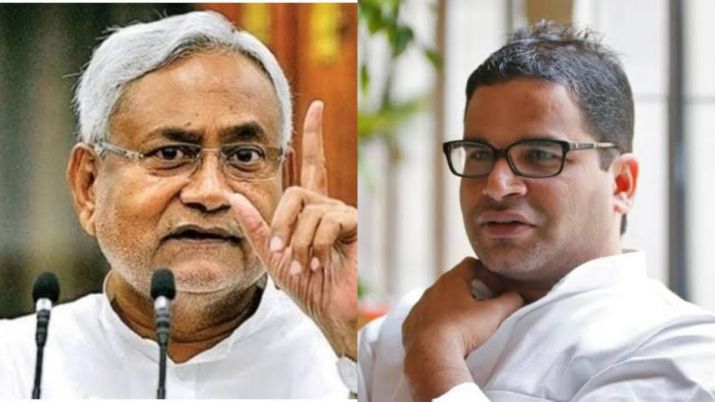 PATNA: Bihar Chief Minister Nitish Kumar on Wednesday took a dig at poll strategist Prashant Kishor, Bihar CM who arrived in Delhi with the intention of uniting the opposition parties before the next Lok Sabha elections, calling him a publicity expert and stating that he might be wanting to help the BJP.

In a press conference, Nitish Kumar responded to a question about Prashant Kishor, who had joined Janata Dal United and was later expelled from the party.

“That man had come with me, didn’t him! But when I said that leave all this work of electoral management, I did not agree and continued to work for how many parties across the country. This is his business”, CM added.

"There is no real meaning to his statements… Does he even know the ABC of the work done since 2005?": Bihar Chief Minister @NitishKumar on Prashant Kishor pic.twitter.com/fB8rpeG0cE

Regarding Prashant Kishor’s entry into politics, Nitish Kumar said, “Now if you want to do politics in Bihar, then don’t do it brother! What is meant by that? His statement has no meaning.”

At the same time, on a recent statement by Prashant Kishor, who questioned Nitish Kumar’s credibility in politics, he said, “He also knows the ABCD of the work that has been done in Bihar since 2005? But yes, they know, to take their publicity, to make statements. He is an expert in all this.”

Nitish Kumar further said, “The same person keeps on speaking under-bund. Does it have any meaning? If someone says all these things, then you understand, the mind will have something. To be with BJP or to help BJP from within.

What did Prashant Kishor say?

Electoral strategist and once vice-president in Nitish Kumar’s party JDU, Prashant Kishor had taken a dig at Kumar in a tweet and said on Monday that the effect of forming a coalition government of JDU and RJD again will be limited to Bihar only and there will be no effect on the country’s politics.

Earlier, Kishor said that is sixth experiment by Nitish Kumar to form government in the state in the last 10 years and asked views of people.

He pointed out that the era of “political instability” has been ongoing for the past 10 years in the state and that Nitish Kumar as remained the only constant in all this is the main actor and catalyst of the situation, Kishor added.

Questioning the credibility of Nitish Kumar, he had said that those who were in favor for a month are now mobilizing the opposition.