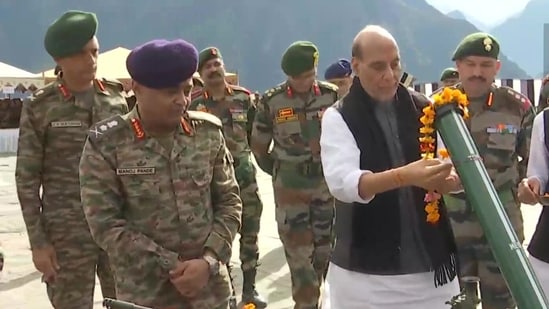 DEHRADUN: On the occasion of Vijayadashami, Defence Minister Rajnath Singh has performed Shastra Puja at Auli Military Station in Chamoli district of Uttarakhand on Wednesday.

News agency ANI has tweeted a video in which Rajnath Singh is worshiping. In the second tweet, a jawan is singing a patriotic song.