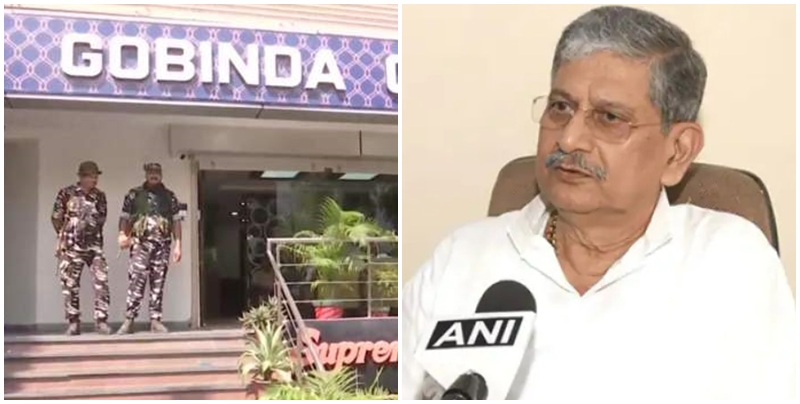 Along with Patna, raids are also going on at the bases of Delhi and Noida. Income Tax Department sources have informed that apart from important documents, cash has also been found in the raids so far. However, it is not clear how much this amount is. It has been informed by the Income Tax Department that the input was raised on the basis of secret information and only after that the raid has been started with full preparation. The documents are being scrutinized initially and the scrutiny will continue later as well.

When media questioned Lallan Singh on the closeness, he said, “What are close ones? They will do their work, what does that mean. Where there are protests, it happens there. These people (BJP) CBI, Income tax, ED is used. These people use it like people change clothes. Do it, keep doing it. No one is going to come under pressure.”

However, in the coming time, the team of Income Tax Department can also interrogate Gabbu Singh in this whole matter. Let us tell you that Gabbu Singh is counted among the big builders of Patna and he has also been associated with the hotel business. It is said about Babu Singh, who has political clout, that he accepts the contract on which his eyes fall.

Recently, Lalan Singh had said in his ‘Pol Khol’ program that BJP is a puppet who control by RSS. He was addressing a dharna organized by the state JDU at Gandhi Maidan in Patna under the program ‘Anti-reservation BJP’s Pol Khol’ program at all district headquarters. A dharna was held near the statue of Bapu at Gandhi Maidan. Lalan Singh said in the meeting organized at the protest site that there is something showing the face of BJP and in reality something else. Alleged that the BJP is a puppet, which is shaken and run by the RSS.

Two months ago, Nitish Kumar broke the alliance with the BJP in Bihar and formed the government with the Rashtriya Janata Dal.

Nitish Kumar has taken oath as the Chief Minister for the eighth time in the government of this Grand Alliance.