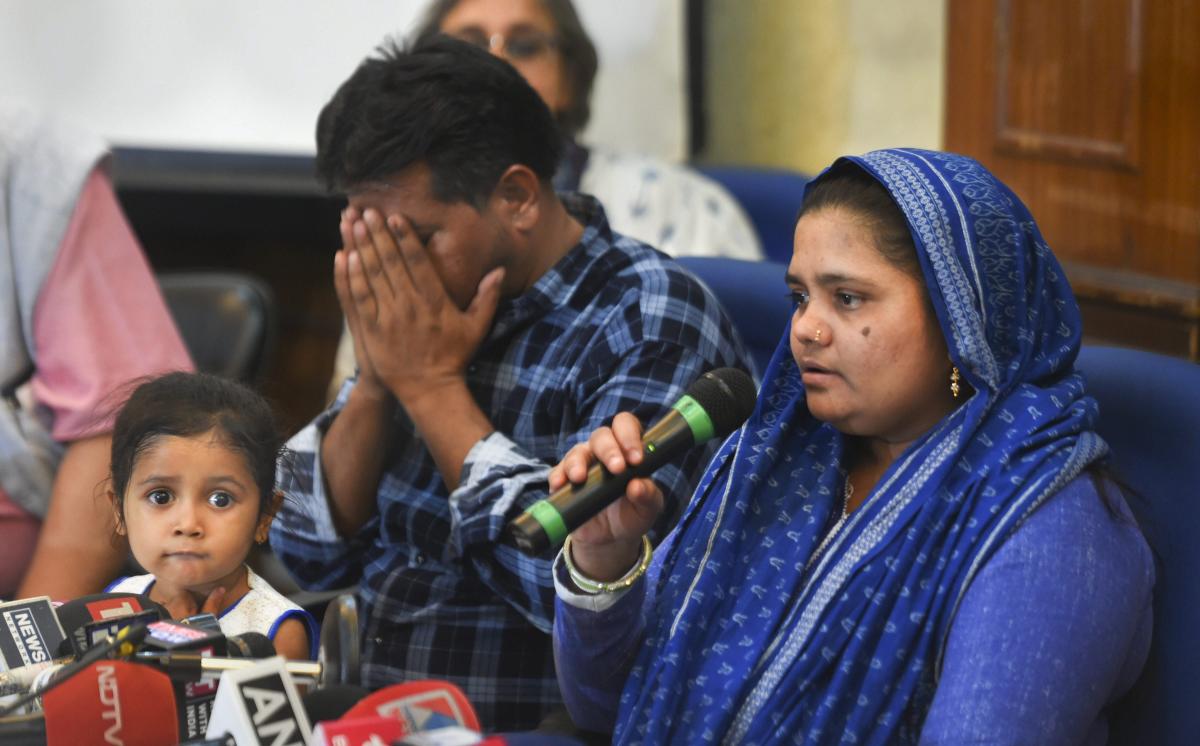 AHMEDABAD: Bilkis Bano has issued a statement on the release of all the 11 convicts in the gang-rape case with him.

Bilkis Bano has said in this statement that the release of the convicted has refreshed the trauma of his 20 years and this decision has numbed him.

On Monday, Bilkis Bano saw the news at her home in Gujarat. The news had broken that the 11 men, who had been sentenced to life imprisonment for gang-raping her and murdering her family members during the 2002 Gujarat riots, had been released from Godhra sub-jail after a panel set up by the Gujarat government approved their application for remission of the sentence.

The statement on behalf of Bilquis has been issued by his lawyer. In this statement, Bilkis said on the release of the convicts, “On August 15, when I heard that the 11 people who ruined my life and family, snatched my three-year-old daughter, they were set free. The pain of the past 20 years shook me once again. I have no words left. I am still numb.”

“Today, all I can say is that how can justice for a woman end like this? I had trusted the highest courts of my country. I trusted the system and I slowly lived with my misery. I was learning. Huh.”

Bilkis Bano said, “No one thought of my safety before taking such a big and unjust decision. I appeal to the Gujarat government to withdraw this decision. I have my right to live peacefully without fear.” Please return. Please ensure the safety of me and my family.

Her husband, Yakub Rasool, was quoted as telling media, “we have been left numb, shocked and shaken. The battle we fought for so many years has been curtailed in such a manner…We had never even heard of the word “remission”.

During the 2002 Gujarat riots, a five-month-old pregnant Bilkis Bano was gang-raped by a mob in Randhikpur village near Ahmedabad. His three-year-old daughter Saleha was also brutally murdered. The 11 convicts, who were serving the sentence on the same charge, were released from jail on 15 August by the Gujarat government.