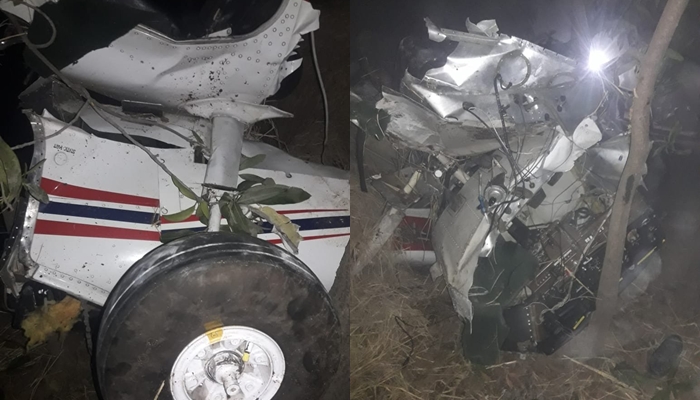 BHOPAL: One pilot died and other injured after the plane crashed into a temple in Rewa of Madhya Pradesh on Friday.

News agency ANI quoted the Rewa police as saying that the incident took place on Friday morning. This plane crashed from a temple.

Rewa SP Navneet Bhasin has said that the plane that crashed belonged to a private company and it was a training aircraft.

Madhya Pradesh | A pilot died while another was injured after a plane crashed into a temple in Rewa district during the training: Rewa SP Navneet Bhasin pic.twitter.com/KumJTAlALs

The plane had taken off from Chorhata airport and hit the upper part of a temple in Dumri village of Rewa.

According to the SP Navneet Bhasin, injured pilot is being treated at Sanjay Gandhi Medical College. It is believed that the accident happened due to bad weather and fog. Detailed information is awaited.