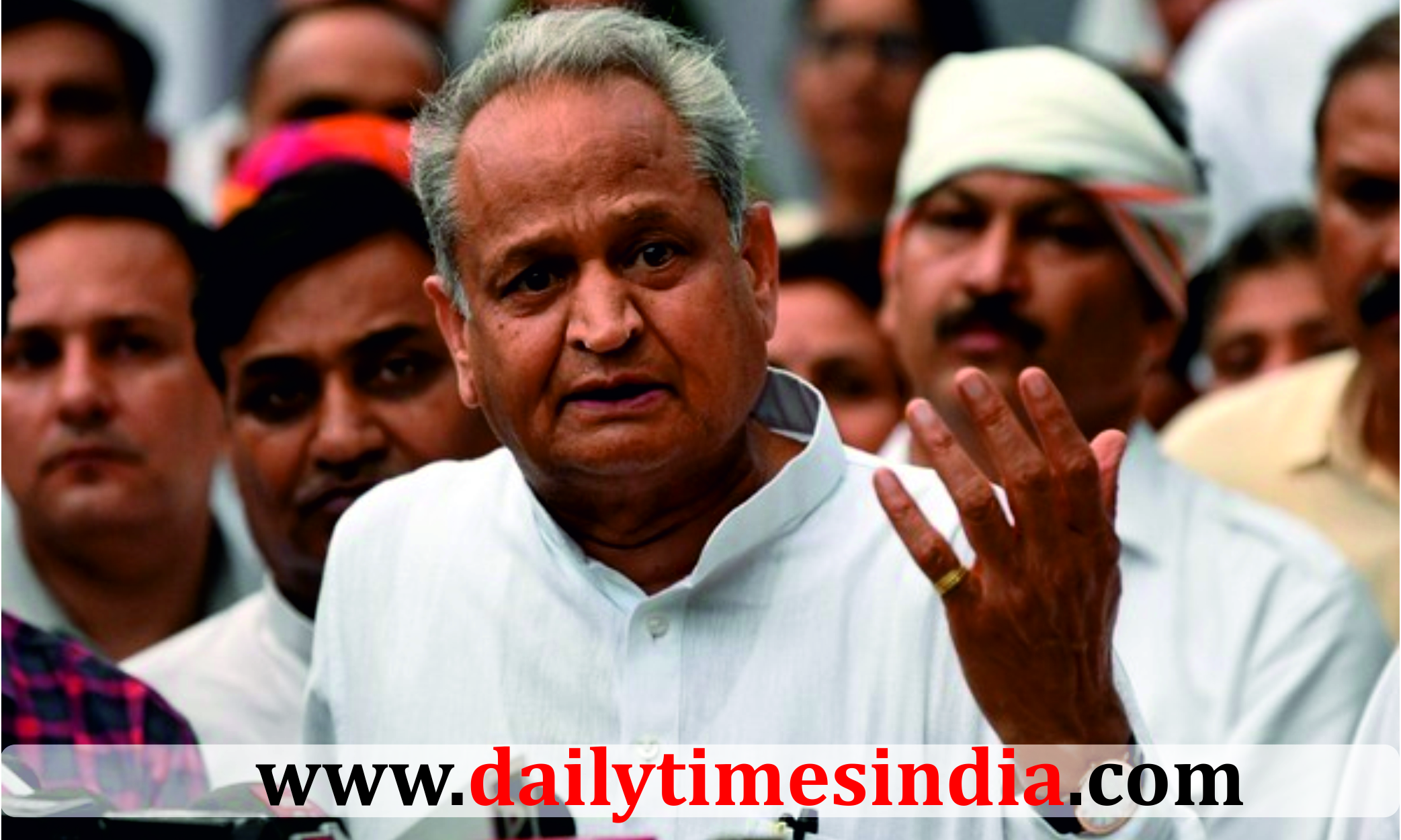 CM Gehlot said that in the present situation in which we are walking, Rahul Gandhi is traveling on one side, that journey has created uneasiness in the Bharatiya Janata Party, the issues he has raised apart from inflation and unemployment. Also, the whole country is worried about the situation prevailing inside the country.

Amit Shah is gone, Rajnath Singh is gone and now JP Nadda. In BJP it is not known. When do you leave Congress has internal democracy. That’s why elections are taking place. Media people also want Congress to be strong as the opposition. This is the feeling inside the midwife. Under pressure, Godi became the media. The fear of raids by ED, CBI and Income Tax is being shown. In response to a question, the CM said that he would go to Kochi. Will request Rahul Gandhi to take over the post. Things have happened inside the country. The country is worried about him. His intention is for a Congress-free India.

Before meeting Sonia Gandhi, the CM of Rajasthan said that I am fortunate that I have the affection and trust of Congressmen across the country. If I am asked to do so, I will file nomination. I am here to serve Congress, I am taking responsibility as CM and will continue to do so.

What did Gehlot say on contesting elections?

Gehlot said he will again urge Rahul Gandhi to become the Congress president. “I am fortunate that Congressmen across the country have faith, love, and trust in me…that is why I will not be able to say no…wherever they will say…if they ask me to file nomination, I will do so. I have been given responsibility as chief minister, which I am fulfilling and will continue to,” he said in Delhi when asked about his nomination and the Gandhi family’s trust.

Ashok Gehlot had told the MLAs on the previous day that he would try to persuade Rahul Gandhi to take over as the party president for one last time. Wherever I go, I will continue to serve Rajasthan. I’m not going anywhere, don’t worry. Ashok Gehlot can also visit Kochi today to meet Congress MP Rahul Gandhi. Rahul Gandhi is currently on India Jodo Yatra. On Tuesday itself, former Deputy CM of Rajasthan Sachin Pilot also reached Kochi to meet Rahul Gandhi.

Controversy over the election of Congress President