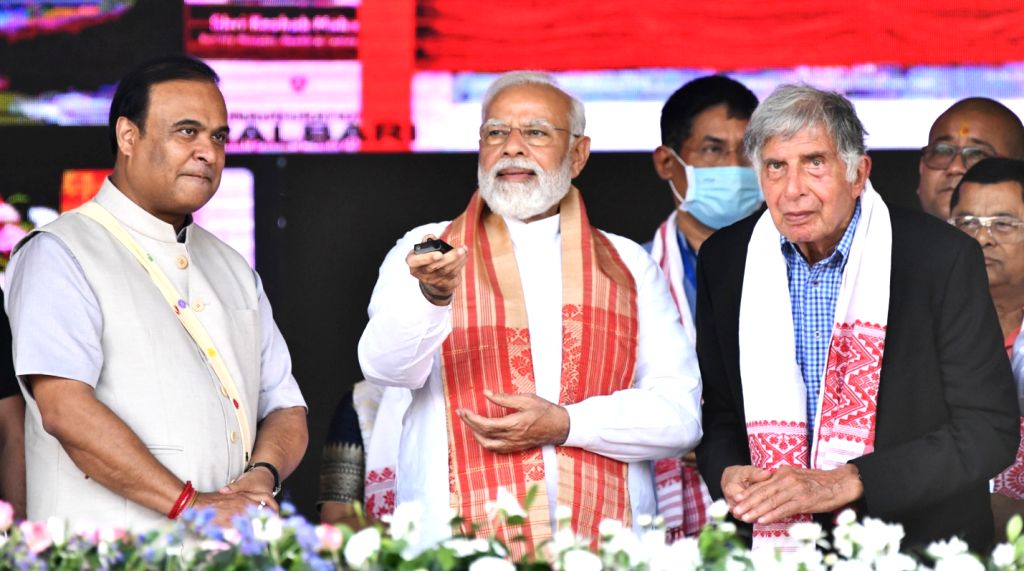 Ratan Tata, KT Thomas, and Kariya Munda have been nominated as trustees of the PM CARES Fund

New Delhi: Ratan Tata, the former chairman of the Tata Group, including former Supreme Court judge KT Thomas and former deputy Lok Sabha speaker Kariya Munda have been nominated as trustees of the PM CARES Fund, according to the government official statement on Wednesday.

Earlier, Modi has appreciated the people for wholeheartedly contributing to the PM Cares Fund. Yesterday, PM Modi chaired a meeting of the Board of Trustees of the PM Cares Fund which was attended by Union Home Minister Amit Shah and Union Finance Minister Nirmala Sitharaman.

During the meeting, a description was presented on various initiatives taken with the help of PM Cares Fund, including PM Cares for Children scheme. In this regard, a statement issued by the PMO said that 4,345 children are benefiting from this scheme. Also the trustees appreciated the role played by the fund in this critical time. It was also discussed that PM CARES has a great vision to respond effectively to emergencies and crisis situations, not only through relief assistance, but also through mitigation measures and capacity building.

As per the PMO, the Trust further decided to nominate other eminent persons for the constitution of Advisory Board to the PM CARES Fund. These eminent personalities included: Rajiv Mehrishi, Former Comptroller and Auditor General of India; Sudha Murthy, Former Chairperson, Infosys Foundation, and Anand Shah, Co-founder of Teach for India and Former CEO of Indicorps and Piramal Foundation.

Prime Minister said that the participation of new Trustees and Advisors will provide wider perspectives on the functioning of the PM CARES Fund.

Donations to PM CARES Fund would qualify for 80G benefits for 100% exemption under the Income Tax Act. As per Centre’s data, a total of ₹7,031.99 crore was collected under PM CARES Fund between 2020-21.

Significantly, the PA Cares for Children scheme for children was launched on May 29, 2021. It aims to support children who have lost both their parents or legal guardians or adoptive parents to the COVID-19 pandemic during the period beginning March 11, 2020.

Prime Minister welcomed the Trustees for becoming an integral part of the PM CARES Fund.

The Trust further decided to nominate following eminent persons for constitution of Advisory Board to PM CARES Fund:

• Shri Anand Shah, Co-founder of Teach for India and Former CEO of Indicorps and Piramal Foundation.