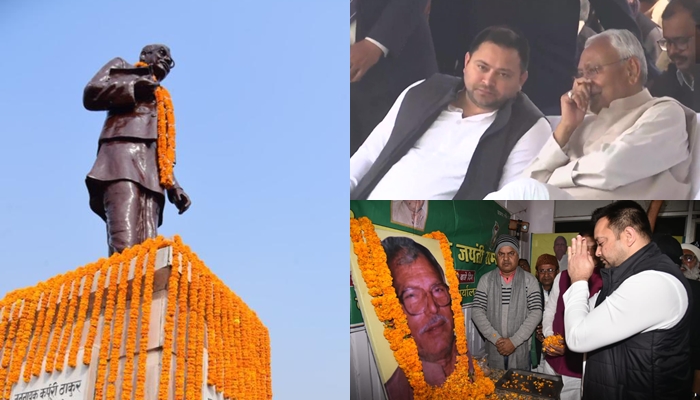 On Karpoori Thakur Jayanti, Bihar Chief Minister Nitish Kumar said that he played a big role in the freedom struggle. He also worked in every way for the development of Bihar. We always discuss his work among people.

Tejashwi Yadav tweeted that he paid heartfelt tributes to former Bihar Chief Minister Jannayak Karpuri Thakur ji, who devoted his entire life for the upliftment of marginalized groups, in the programs organized on his birth anniversary.