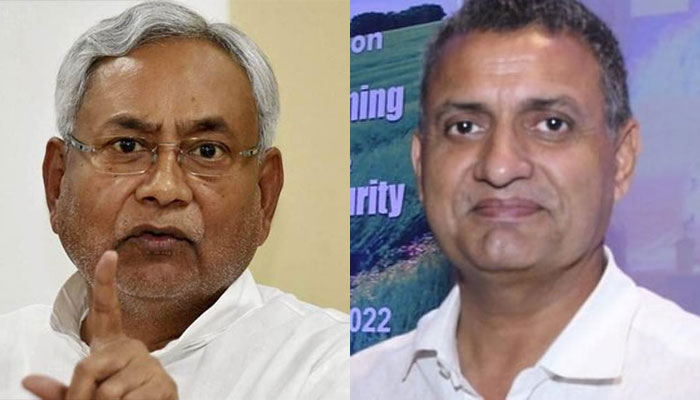 PATNA: Rashtriya Janata Dal leader Sudhakar Singh has been issued a show cause notice by the party. In the notice, it has been said that Sudhakar Singh has violated the decorum of coalition religion and hurt a large section of RJD with his objectionable statement.

RJD issued a show cause notice to party leader Sudhakar Singh over his comments against Bihar CM Nitish Kumar.

Party asked him to submit his reply within 15 days. pic.twitter.com/Ral0M8rilG

According to the RJD’s letter statement, as per the instructions of the National President, this show cause notice is being issued to you. It has come to his notice that once again you have violated the decorum of coalition religion. It was unanimously passed in the RJD national convention that only the party’s National President or Deputy Chief Minister Tejashwi Yadav is authorized to talk about the issues of the alliance and the top leadership of the involved parties.

In its notice, RJD has said that Sudhakar Singh has violated the decorum of coalition dharma and despite the decision of the party, gave a statement about Nitish Kumar, which has hurt a large section of the party.

“Under Rule-22 of Article-33 of Rashtriya Janata Dal constitution, please give an explanation within 15 days as to why strict disciplinary action should not be taken against you.”