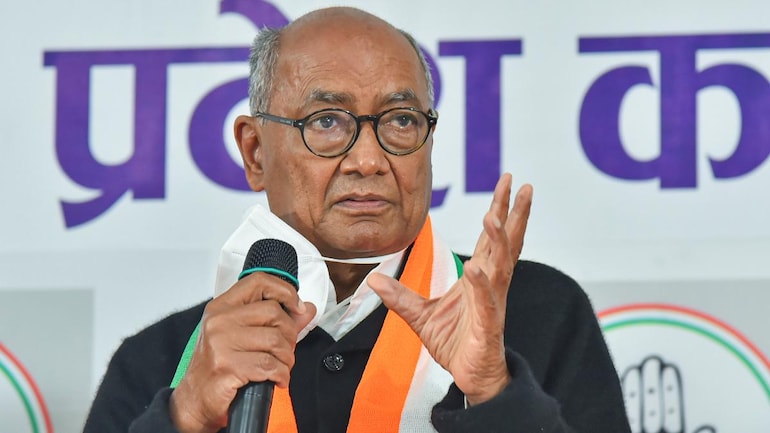 NEW DELHI: Veteran and Senior Congress leader Digvijaya Singh has entered the race for the party President post. He said that to file his nomination for the post of party president on Friday.

Talking to the media in Delhi, he said, “I had come today to collect forms for the election of Congress President. I will file my nomination from 11 to 3 o’clock tomorrow.”

After the Rajasthan witnessed a high-voltage drama over the candidature of chief minister Ashok Gehlot, he said in a statement, those speculations have been confirmed in which it was being said that former Madhya Pradesh CM Digvijay Singh would be the contender for the post of president.

"Today I have come here to collect my nomination form (for Congress president elections) and will file it tomorrow," says Congress leader Digvijaya Singh pic.twitter.com/rGo2WMHFxD

Since last week, the political tussle is going on in the Congress over the post of President and the post of Chief Minister of Rajasthan.

Singh also claimed that the decision to contest Congress presidential elections was his solely and he didn’t speak to the Gandhi family on this subject. When asked whether his entry will make the contest tri-cornered, the former Madhya Pradesh chief minister, keeping his cards close his chest, asked reporters to wait till the date of withdrawal, October 8.

Rajasthan Chief Minister Ashok Gehlot has reached Delhi on Wednesday, it is believed that he will meet Sonia Gandhi on Thursday.

On reaching Delhi, Ashok Gehlot said, “Rahul Gandhi is worried about inflation, unemployment and increasing dictatorial tendency in the country. All of us in Congress are worried about the direction in which the country is going. It is more important for us to deal with this. Internal politics goes on, we will sort it out.

“We work under the leadership of the Congress President. Based on this, further decisions will be taken. The media should focus on the issues of the country. Writers and journalists are being sent to jail as anti-national. We are worried for them.”

Earlier, Ashok Gehlot was being considered as a contender for the post of President, but there was talk that if Ashok Gehlot takes over the post of Congress President, then Sachin Pilot will be made the Chief Minister of Rajasthan. A large section of MLAs protested about this and the matter continued to grow.

However, no official information has been revealed about whether Ashok Gehlot is out of this race or not.