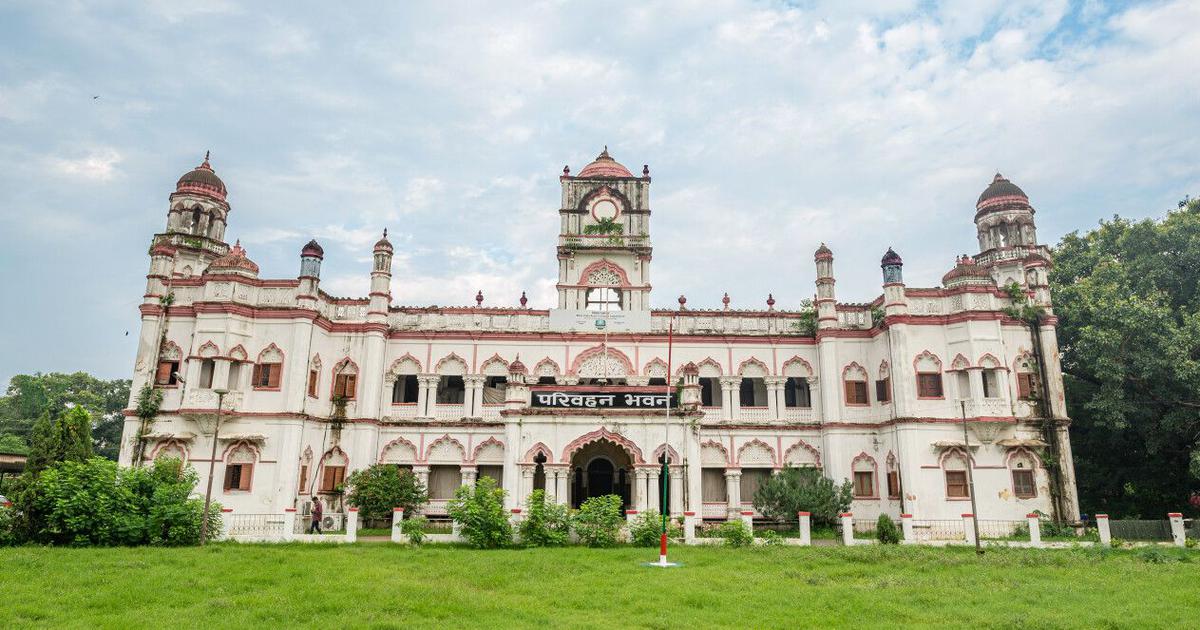 The century-old building is among the last few standing structures from the region’s rich and multicultural past.

The Patna High Court gave this order on Friday while hearing a public interest litigation online challenging this decision of the state government.

The state government has decided to build a five star hotel by demolishing this building built by Sir Sultan Ahmed in 1922 exactly 100 years ago. This building located at Virchand Patel of Patna is also known as Transport Bhawan.

The public interest litigation (PIL) was filed by a young Patna-based lawyer and this was the first hearing in the case, said a member of a team of lawyers who appeared on behalf of him during the hearing.

“The PIL, titled Amarjeet vs Union of India, against the decision of Bihar government to demolish the heritage building ‘Sultan Palace’ in Patna, which is commonly known as Parivahan Bhawan, was filed before the Patna High Court a few weeks ago.

The latest decision of the High Court has brought great relief to those who want to preserve the old heritage. These people were demanding from the administration to withdraw the decision to break the Sultan Palace.

A member of the team of lawyers said, “This PIL named Amarjeet Vs Union of India was filed a few weeks back by the Government of Bihar.”

He said, “The division bench of Chief Justice Sanjay Karol and Justice S Kumar of the High Court has stayed the proposed demolition of Sultan Palace. The court has asked the Bihar government why it planned to demolish the 100-year-old heritage building. has asked the government to respond within 8 weeks.”

The government in Bihar changed in August after Chief Minister Nitish Kumar snapped ties with the Bharatiya Janata Party and joined hands with the Rashtriya Janata Dal. But some decisions taken by the previous government, of which Kumar’s party the Janata Dal (United) was a part, remain in place.

Among these is the proposal on June 17 to demolish Patna’s Sultan Palace, the beloved abode of the freedom-era figure Sir Syed Sultan Ahmed. The Sultan Palace at Gardiner Road – now known as Beer Chand Patel Marg – is commonly referred to as the Transport Bhawan.

The palace was built 100 years ago at a cost of Rs 3 lakh and completed in three years in 1922. Designed by architect Ali Jaan, the Sultan Palace is a splendid example of Indo-Islamic architecture of the early 20th century. A high-vaulted clock tower at its centre represents the colonial influence while its corners are topped with domes. The palace stands on grounds that are spread over 10 acres.

The Bihar government has granted approval for the construction of three luxurious five star-hotels in Patna, one of which will be at the site of the Sultan Palace.