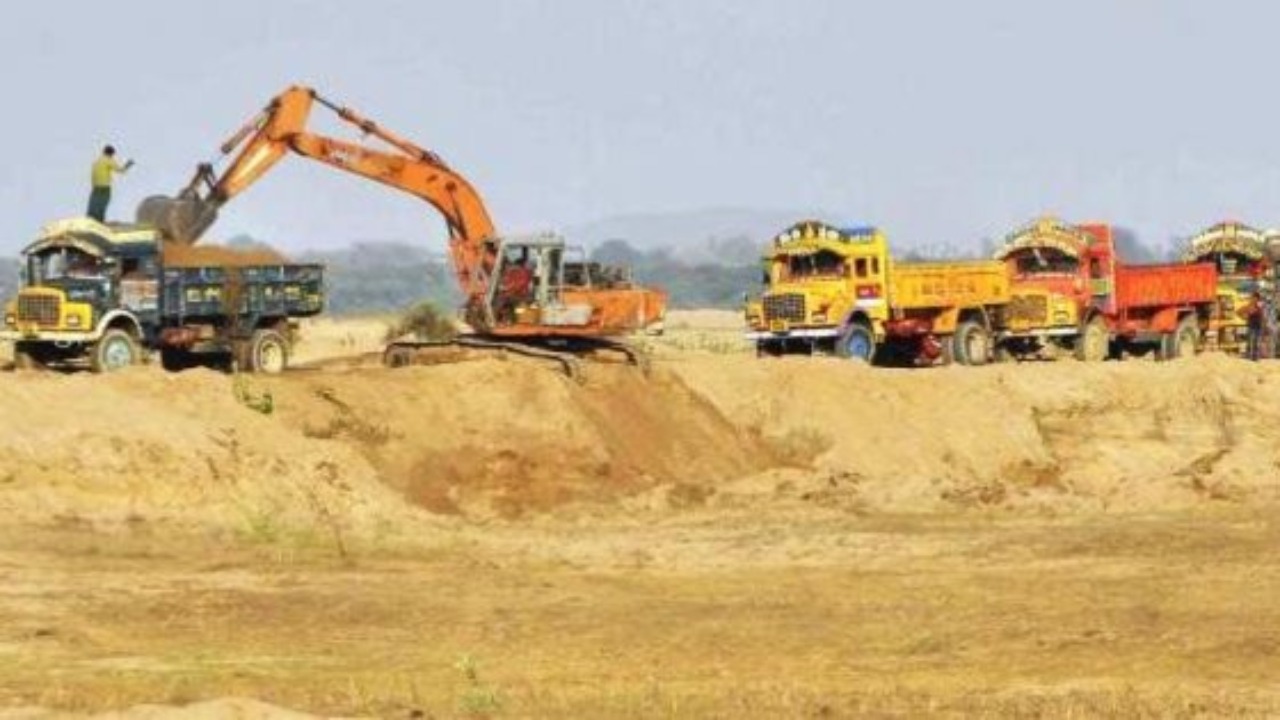 After 3-year gap, Bihar moves to auction ghats for sand mining amid zooming prices in this year

On Sunday this week, a joint raid was conducted by the district administration and the police administration on the banks of Amanabad Son river under Bihta police station in the district. During that time 18-20 Poklen machines were confiscated. Also, an FIR was registered against their operators.

Recently, there was firing on the supremacy at Amanabad sand ghat of Bihta police station area. In which many people were killed. After which the Patna SSP formed a special team along with Danapur ASP and SDO and on Sunday surrounded the village in Amanabad, blocking it from all sides. Dozens of illegally installed Poklen machines have been confiscated on the banks of Son. Also many machines were damaged.

Attack on police in Bihta during the raid:

Raid was led by Superintendent of Police Western Patna, Assistant Superintendent of Police Danapur, Bihta Police Station President and other police forces. When the police went to raid Kamat Rai’s house, both his sons Praveen Kumar, Naveen Kumar, cousin Gopal Rai and their associates opened fire on the police party. All managed to escape after this incident. A country-made pistol, 5 live cartridges and some cash amount were also recovered from Rai’s house. Rai’s Patti Lakshminia Devi, her two daughters-in-law Vinita Devi husband Praveen Kumar and Munni Kumari husband Naveen Kumar have been arrested in order to escape from the house. An FIR has been registered in this regard at Bihtha police station.

In August this year, the state cabinet had cleared a decision to double the royalty on sand mining to ₹150 per cubic metre.

After a three-year break, the Bihar government had initiated the process for regular settlement of ghats (banks) of all rivers for sand mining, officials said, a move that could ease the skyrocketing costs of construction in the state.

Earlier, Officials of the mining department said they are planning to go for settlement of ghats for mining for a period of five years, which was discontinued since 2019 due to string of litigations. “Regular settlement of ghats had been suspended due to the orders from National Green Tribunal (NGT). In its absence, the district authorities opted to extend the old leases, until the State Mining Corporation Limited stepped in to auction the ghats this year for three-month duration,” said a senior official of the department, who preferred not to be named.