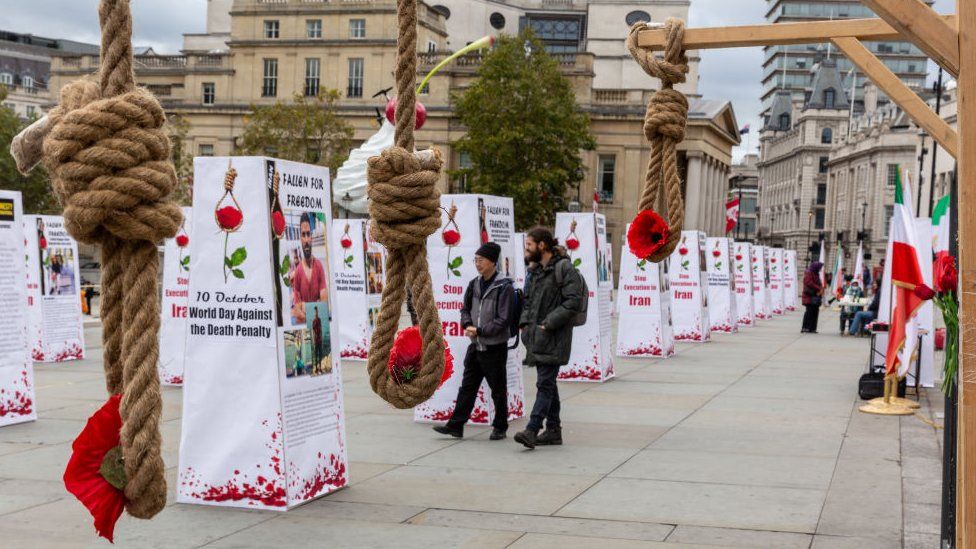 Tehran: Iranian authorities on Wednesday, hanged three women to death for murdering their husbands. Out of which one woman had a child marriage.

According to Iran human rights activists, More than 32 people have been sentenced to death in the country last week.

A former child bride, convicted of later killing her husband she had married at the age of 15. After 10 years she took the life of her husband. The court, while awarding the death sentence to the woman, said that this is a matter above family quarrel, as per the human rights group.

The sentencing court reportedly said the movtive for the murder had been “family disputes”.

Two other women executed on Wednesday had also been convicted of murdering their husbands, the group said.

Amnesty International who campaign to end abuses of human right, has said that the death penalty has been passed on a large scale in Iran this year.

Human rights group Amnesty International this week accused Iran of having embarked upon a “horrific” execution spree in recent months, reportedly putting more than 250 people to death in the first six months of 20222-more than double the number executed over the equivalent period in the previous year.

The death penalty is increasing in Iran. So far this year, the number of death sentences has been doubled compared to last year.

Human rights groups say that domestic violence against women leads to such killings. But, the court of Iran does not pay attention to this.