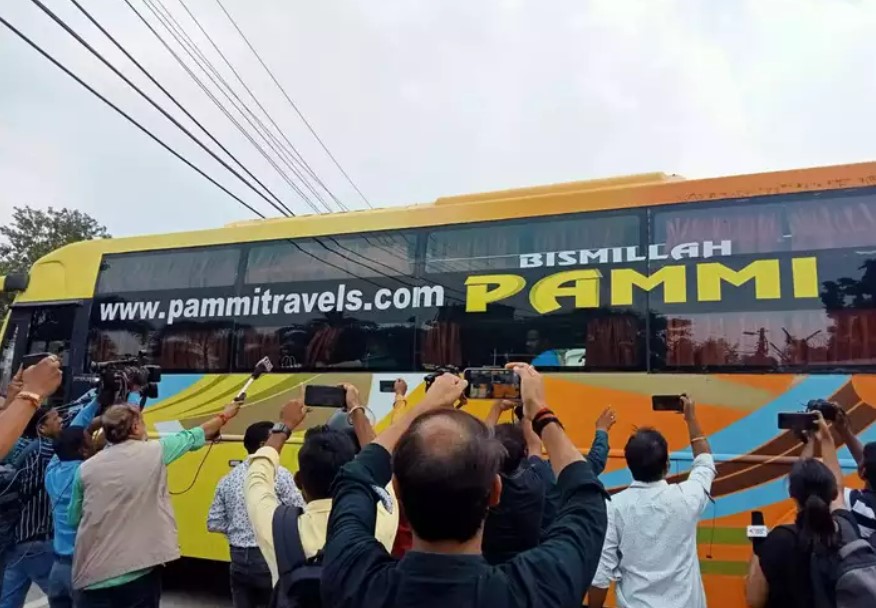 Chhattisgarh: The political fate of Jharkhand Chief Minister Hemant Soren and his coalition government hangs in the balance. Meanwhile, on Saturday, some MLAs reached the CM residence with their belongings. The ruling United Progressive Alliance (UPA) MLAs may leave for Chhattisgarh today.

There is speculation that they may be sent to Congress-ruled states for fear of stopping horse trading.

In the wake of possible attempts of horse trading by BJP JMM MLAs are likely to be shifted to Chhattisgarh. Amid speculation of his disqualification as MLA over a mining lease contract, Jharkhand Chief Minister Hemant Soren on Friday met ruling alliance legislators twice at his official residence, apparently to chalk out a future strategy and send out a message of their unity.

Meanwhile, an important meeting by UPA MLA has been called at the CM’s residence on Friday and Saturday, to chalk out a strategy. Sources said that in the rapidly changing political scenario, ‘resort politics’ can be resorted to keep the number of MLAs alive.

After the meeting, they were seen entering the premises along with their luggage in their vehicles. It is being speculated that they will be shifted to Chhattisgarh today due to fear of ‘lotus operation’. Sources hinted that if required, they may also camp in Hyderabad in TRS ruled state. In Chattisgarh, Congress is in power.

Conspiracy being hatched in Raj Bhavan, will give a befitting reply to BJP on every front: Hemant

Earlier, Jharkhand Chief Minister Hemant Soren said that the BJP has been trying to oust him from power for the last five months. What conspiracy is being hatched in Raj Bhavan, I don’t know what will happen tomorrow. He said- I assure that I will give a befitting reply to the BJP on every front. Your support and faith is my strength. The Chief Minister was addressing the foundation stone laying and inaugural program of development schemes at Tutuapani in Mahuadand on Friday.

The Chief Minister said that BJP tried to run the saw on the neck but every tool is breaking. I am the son of a tribal. I am the son of Jharkhand. One cannot break that easily. The central government is sitting on millions and crores of our royalty.

“When we demanded it, she started harassing the investigating agency. Earlier, by forming a government of double engine, they continued to kill the rights of Jharkhand” he added.

Hemant Soren also mentioned the case against his father Shibu Soren in the Lokpal. The Chief Minister said that the opponents cannot shake the Jharkhand government with whatever force they may exert.