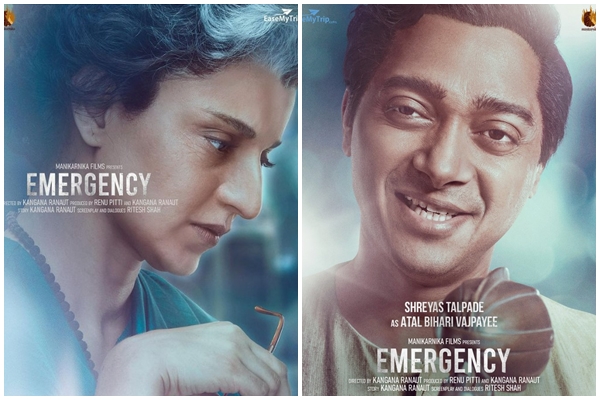 Earlier, Shreyas Talpade had made a lot of headlines by dubbing the voice of Allu Arjun in Hindi in the film Pushpa. In the film, Kangana Ranaut is playing the role of former Prime Minister Indira Gandhi while Anupam Kher will play the role of Jayaprakash Narayan. Kangana Ranaut is not only the lead actress in this film, while the movies is written and directed by Ranaut.

Shreyas Talpade on Wednesday shared a social media post for fans about his being a part of the film. Sharing his poster, Shreyas Talpade wrote, ” Honoured & Happy to play one of the most Loved, Visionary, a true patriot & Man of the masses…Bharat Ratna Atal Bihari Vajpayee ji. I hope I live up to the expectations”.

Kangana Ranaut said about Shreyas Talpade that he personally feels that his work as Atal Bihari Vajpayee will be the most memorable. We are very lucky to have a powerful artist like him associated with us for such an important role. Let us tell you that the film has remained in the headlines continuously since the Emergency announcement.

Anupam Kher will play the role of Jayaprakash Narayan.