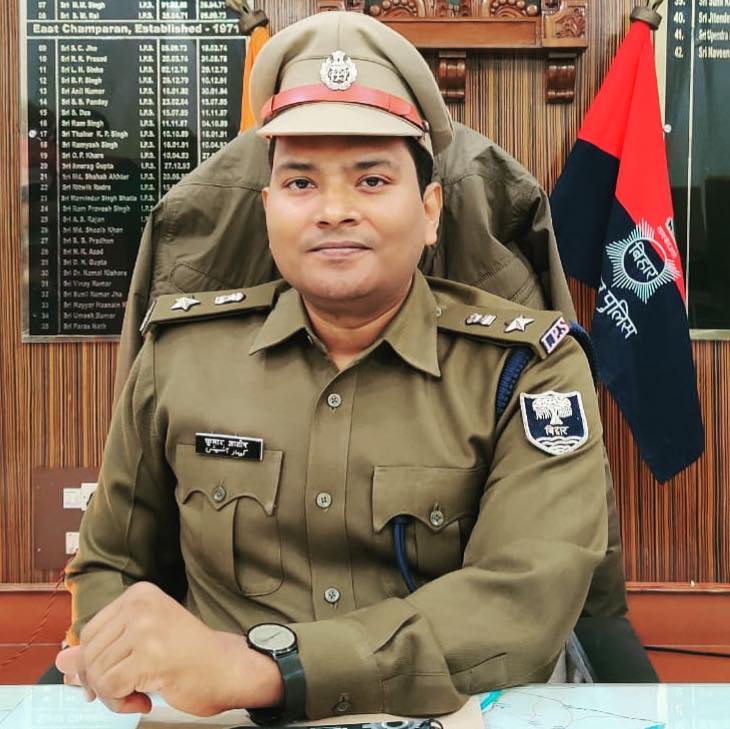 MOTIHARI: Amidst the continuing criminal dynamics incidents in East Champaran, a female cop who was on-duty at midnight on Thursday pointed a rifle at Superintend of Police, SP Dr Kumar Ashish.

As per the information, the district’s SP Dr Kumar Ashish reached Lakhaura police station in civil dress, where the female constable on duty, Aakriti Kumari, asked kumar to stop and when he went ahead, the woman constable pointed a rifle at him.

However, when the SP speaks something to the female constable in the codeword, the matter becomes normal and the SP enters the police station.

In fact, East Champaran SP Dr Kumar Ashish is inspecting different police stations these days to maintain the security system in the district. During the visit, coincidentally, a lady constable on duty there did not recognize him and asked him to stop. During this, when he did not stop, the constable, while performing his duty, pointed a rifle at the SP. which video is also going viral on social media.

After the investigation in Lakhaura, the SP gave a reward of five hundred rupees to Aakriti Kumari, the woman policeman who pointed a rifle at the SP, for performing her duty faithfully. In no time, all the people, including the station head, came to the Lakhaura police station, after which the SP took stock of all the arrangements at the police station.

The SP said that during the surprise inspection, the lady constable has given a great display of bravery, for which she has also been honored. Now a video of this whole matter is also becoming very viral on social media.

How true is the claim of better policing?

However, according to the local people of Motihari, the condition of the police stations in the district has become such that the common man cannot register his complaint without making offerings. The latest case is related to Adapur police station. Where the former CRPF jawan, who went to file a complaint, also had to pay 80 thousand rupees as an offering, which the former jawan complained to the DGP.

At the same time, after such action of policing, the SP has directed Raxaul DSP to investigate. In such a situation, the question arises that on the one hand the Motihari Police is claiming better policing, while on the other hand the police team is also getting apathy in many cases.