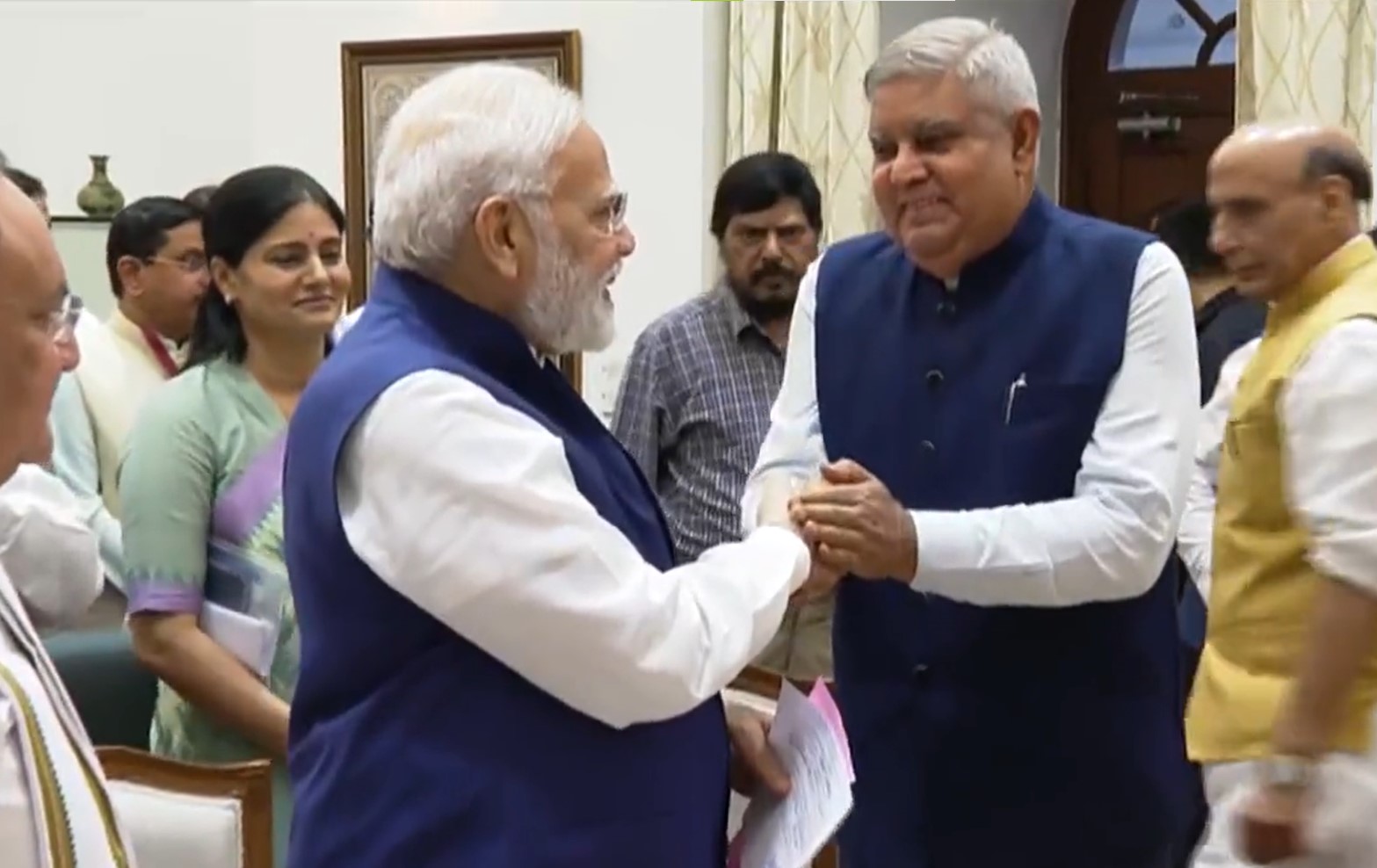 On July 16, Bharatiya Janata Party President JP Nadda had announced that West Bengal Governor Jagdeep Dhankhar would be the NDA’s candidate for the vice-president.

Announcing Dhankhar’s name as NDA’s candidate, JP Nadda had said, “Dhankhar is a farmer’s son and has established himself as the governor of the people.”

Many BJP leaders, including Prime Minister Narendra Modi, have congratulated Dhankhar on being made the candidate for the post of Vice President.

PM Narendra Modi had tweeted, “Farmer son Jagdeep Dhankhar is known for his humility. He has experience in legal, legislative and governor’s posts. He always worked for the betterment of farmers, youth, women and the underprivileged. We are glad that he is our vice-presidential candidate.”

On the other hand, the opposition has nominated senior Congress leader Margaret Alva as the candidate for the post of Vice President.

Alva is known for working on women’s issues. She was instrumental in taking the initiative for reservation for women in elected bodies in 1986.