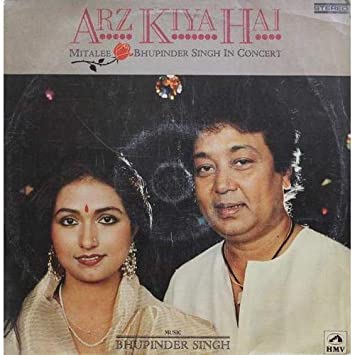 Well-known Veteran sad song singer Bhupinder Singh passed away at 7:45 pm on Monday at a Mumbai hospital. He was 82 years old.

The singer was suffering from several health complications, including urinary issues since some time.

The report also quoted the director of Criticare Asia hospital Dr Deepak Namjoshi as saying, “Bhupinderji was admitted ten days back to our hospital. He had an infection. We had strong suspicion that he had Colon ailment and we were doing investigations. In the same time, he got Covid-19. His condition worsened on Monday morning and we had to put him on a ventilator.

Bhupinder was born in Punjab’s Amritsar and learnt guitar and violin. He sang several duets with Kishore Kumar and Mohammed Rafi. Speaking with Hindustan Times in 2016, Bhupinder spoke about growing up in a house filled with music.

He had said, “Since there was always so much music at home, I didn’t want to do anything that was related to it. My father, Nathaa Singh, was a music professor in Amritsar, Punjab. My older brothers were instrumentalists.