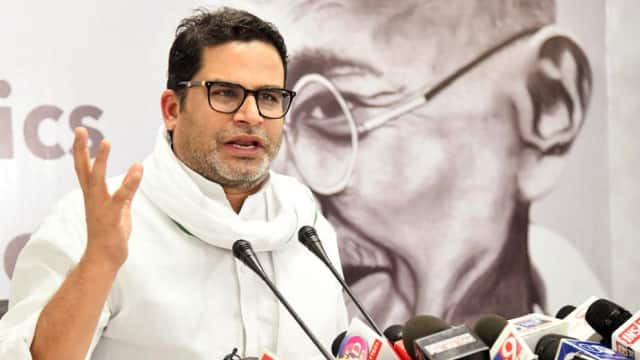 PK alleged Nitish Kumar that, “Age showing its effect on Nitishji, he wants to say something but he speaks something else.If I was working on BJP agenda why would I speak of strengthening the Congress? He is getting delusional & politically isolated. He’s surrounded by those whom he can’t trust”.

Age showing its effect on Nitishji, he wants to say something but he speaks something else.If I was working on BJP agenda why would I speak of strengthening the Congress? He is getting delusional & politically isolated. He's surrounded by those whom he can't trust:Prashant Kishor pic.twitter.com/whRb4fwewu

Recently, Prashant Kishor had said that he had gone to meet Nitish Kumar when he was called, he did not go on his own. PK had claimed that he had joined JDU only at the behest of Nitish.

After angry on PK, Chief Minister talked with media and said, ‘We did not make any offer to Prashant Kishor. They even suggested us to merge Janata Dal United with Congress 5 years ago, which we had turned down. He himself had come to meet me. With me, lived in my house. What he’s saying doesn’t make any sense. Running on the agenda of the Bharatiya Janata Party. What do they mean by politics? Keep speaking, keep speaking. Good…keep helping. Maybe some place can be found from the center too. Opposing JDU and RJD.

Prashant Kishor who is on his 3,500-km-long Jan Suraaj padyatra recently said that he was invited by Nitish Kumar who requested him to “lead” the JD(U). This happened in a recent meeting, as PK claimed, after Nitish Kumar broke the NDA alliance and became the chief minister of the Mahagathbandhan government. At the meeting, Nitish Kumar even called PK his ‘political heir’, Prashant Kishor claimed. “I categorically told the CM that I will not work with him even if he (Nitish Kumar) makes me his political heir or….vacates the chair of CM for me. I said no….I have made a promise to the people…it can’t be changed,” Prashant Kishor said.