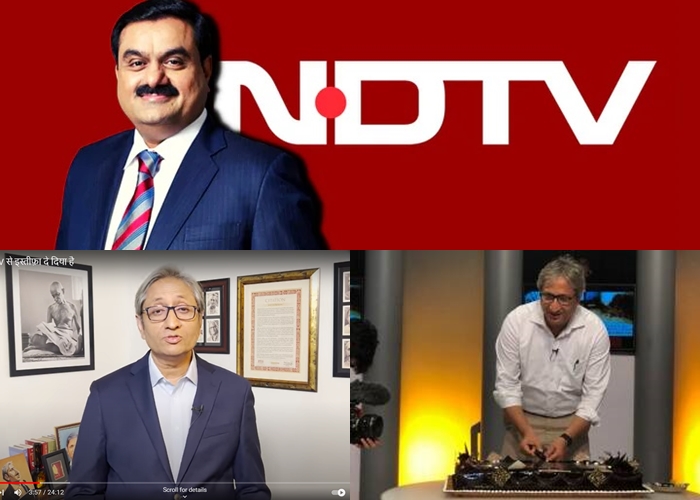 In the video, he said, “There was never a golden era of journalism in India, but it was also not a bhasm era like today’s era, in which every good thing about the journalism profession is being consumed.”

Kumar twitted, “Dear public, You are all included in my being. Your love is my wealth. You have a one-sided and lengthy dialogue with the audience. on your youtube channel. This is my new address. Everyone has to fight against the slavery of Godi media”.

Criticizing the current state of the media, he said, “Godi media and the government also want to impose their own meaning of journalism on you. At this point of time, I will not say anything specific about my institution because you cannot remain neutral in sentimentality. 26 in NDTV – 27 years have passed. There are many wonderful memories in NDTV, which will now be useful for telling stories.

“I have received something or the other from everyone, I am grateful to everyone. It would not be fair to mention one and leave the rest. When a daughter leaves, she looks back at her maternal home in the distance. I am in the same situation.”

On Wednesday, 30th November 2022, veteran TV journalist Ravish Kumar resigned from NDTV India. Ravish Kumar was working as Senior Executive Editor of NDTV India, the Hindi News channel of NDTV group. His move comes after the Adani Group acquired over 29% stake in NDTV by acquiring 99.5% in RRPR, the promoter firm through which promoters Prannoy Roy and Radhika Roy held 29.18% in NDTV Ltd.

Reportedly, Ravish Kumar’s resignation was disclosed in an internal email addressed to NDTV employees by Suparna Singh, president of NDTV Group. She said in the email, “Ravish Kumar has resigned from NDTV and the Company has agreed to his request for his resignation to be effective immediately.”

She added, “Few journalists have impacted people as much as Ravish. This reflects in the immense feedback about him; in the crowds, he draws everywhere; in the prestigious awards and recognition, he has received, within India and internationally; and in his daily reports, which champion the rights and needs of those who are under-served.”

“Ravish has been an integral part of NDTV for decades: his contribution has been immense, and we know he will be successful as he embarks on a new beginning,” the mail further said.

Ravish Kumar, who is active on social media, has not made comments on his resignation so far. It will be interesting to see whether Ravish Kumar joins a different news channel in the coming days or starts his online venture, like several former NDTV journalists have done.