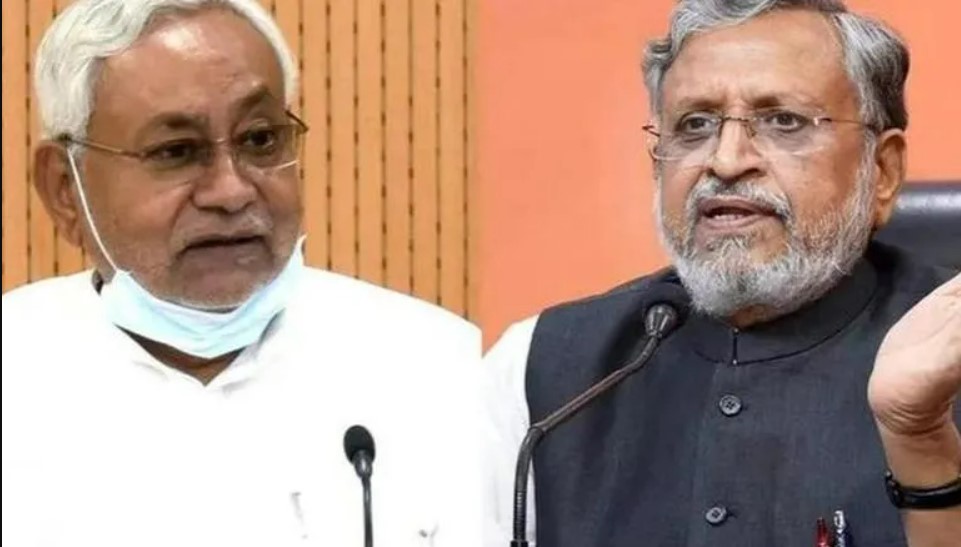 On Tuesday he alleged that the state’s Chief Minister Nitish Kumar is on a political tourism in the national capital while the people of Bihar have been facing a flood.

According to the ANI, he said “Now Nitish ji has come, the Lok Sabha election is approaching so Nitish Kumar has come to Delhi on political tourism”.

The water level of River Ganga was reportedly increasing on Saturday, which resulted in flood situations in Bhagalpur city as it even entered the university and colleges.

Earlier on Tuesday, Nitish Kumar has said in a statement that he does not wish to become the PM.

On this statement of Nitish Kumar, Sushil Modi said, “Laddus is being burst in his mind to become the PM. Slogans are being raised in his favor, posters are being put up, but if he himself talks about becoming the PM, then no one will accept him? Will Arvind Kejriwal accept Rahul Gandhi? Will anyone accept Mamata Banerjee? So who will accept Nitish Kumar?”

Sushil Modi further asserted, “this is not the BJP of 2014, this is the BJP of 2024 and the popularity of Narendra Modi is increasing continuously so Nitish Kumar would not be able to unite the opposition parties even if he puts in lakhs of efforts”.

After breaking away from the NDA and joining the Grand Alliance, Bihar Chief Minister Nitish Kumar is on a three-day tour of Delhi and is trying to unite the opposition parties against the BJP government. In this episode, Nitish Kumar met CPI-M leader Sitaram Yechury on Tuesday.

During the interaction with the media after the meeting, Nitish Kumar said that he is in Delhi for opposition unity and saving democracy is his first priority. He also said that we want to bring the local parties of the whole country together.

Sitaram Yechury also said in front of the media that he welcomes Nitish Kumar to leave the NDA and return to the Grand Alliance and by doing so Nitish Kumar has given a better signal for politics. He also emphasized that the first priority is to unite the opposition parties.

At the same time, on the question of becoming a candidate for the post of Prime Minister, Nitish Kumar said that he is neither a contender for it nor does he wish to become the Prime Minister.