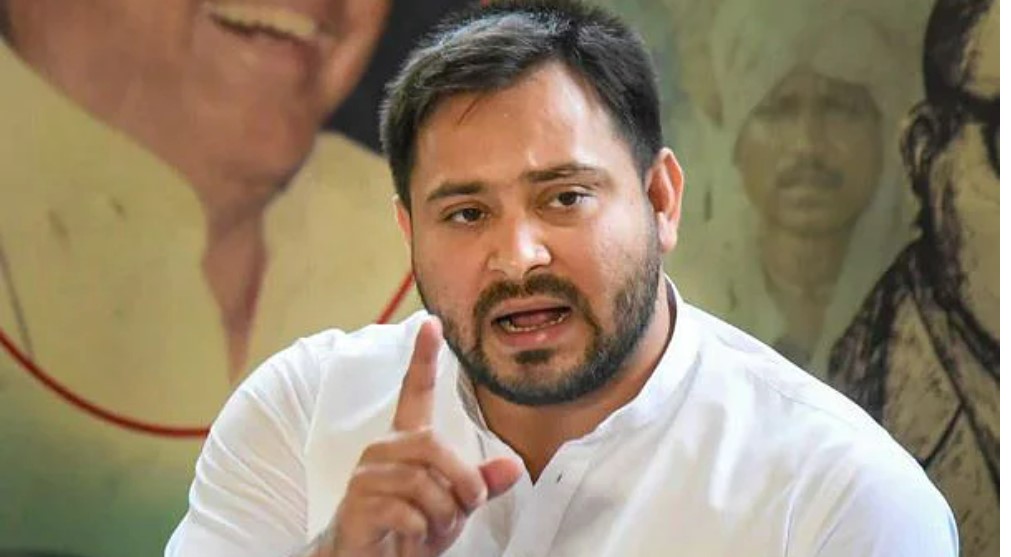 Patna: Bihar Deputy Chief Minister Tejashwi Yadav left for Delhi on Saturday. However, a meeting of the National Working Committee of the Rashtriya Janata Dal (RJD) is going to be held in Delhi tomorrow. In which RJD national President Lalu Prasad Yadav will be announced to become the national president again.

Many RJD MLAs, leaders and ministers have left for Delhi today to attend this program.

Tejashwi Yadav alleged the central government to misusing the CBI. He said that the way the CBI has filed a charge sheet on Lalu Yadav and his family, all these things are being done by the people of BJP.

Bihar Deputy CM Tedaswi Yadav took a jibe at the BJP and said that “When BJP loses & can’t sustain itself in front of grand alliance, they (central agencies) are brought forward. As long as constitutional institutions are misused these things will happen,there is no meaning in it”.

Bihar | When BJP loses & can't sustain itself in front of grand alliance, they (central agencies) are brought forward. As long as constitutional institutions are misused these things will happen,there is no meaning in it: Dy CM Tejashwi Yadav on CBI chargesheet against Lalu Yadav pic.twitter.com/9H65LrftQO

Tejashwi Yadav, while talking to the media, said about the former minister Kartikeya Singh Warranty that we do not know what the people of BJP are saying. But it is a matter of the court, what the court has ordered, we have nothing to say in all these matters. The people of BJP say something like this, the pain of losing power has not subsided yet, and that is why they keep speaking like this.

The names of following people included in the FIR