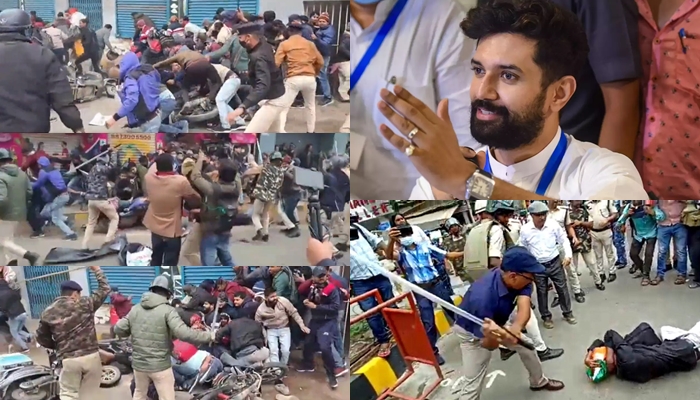 “The voice of the pen can never be clamp by lathi-charge in such a bitter cold: Paswan

Patna: The politics of Bihar has come to its peak due to the lathi charge on BSSC students on Wednesday. Opposition parties are constantly attacking the government. National President of Lok Janshakti Party (LJP) Chirag Paswan also condemned the lathi charge on BSSC candidates in Patna. He said that the voice of the pen can never be suppressed with sticks.

Chirag Paswan tweeted and wrote, ‘Chief Minister Nitish Kumar, it is an unfortunate incident to lathicharge BSSC candidates by your administration in such severe cold. The voice of the pen can never be suppressed with a stick. Nitish Kumar, you only do politics of your own interest’.

Further, Chirag Paswan said that the situation in Bihar has become so dire that even after fighting for their rights, they have to face lathis. Warning the government, said that the Lok Janshakti Party (Ra) fully supports the demands of the students and also demands the Bihar government to fulfill their legitimate demands.