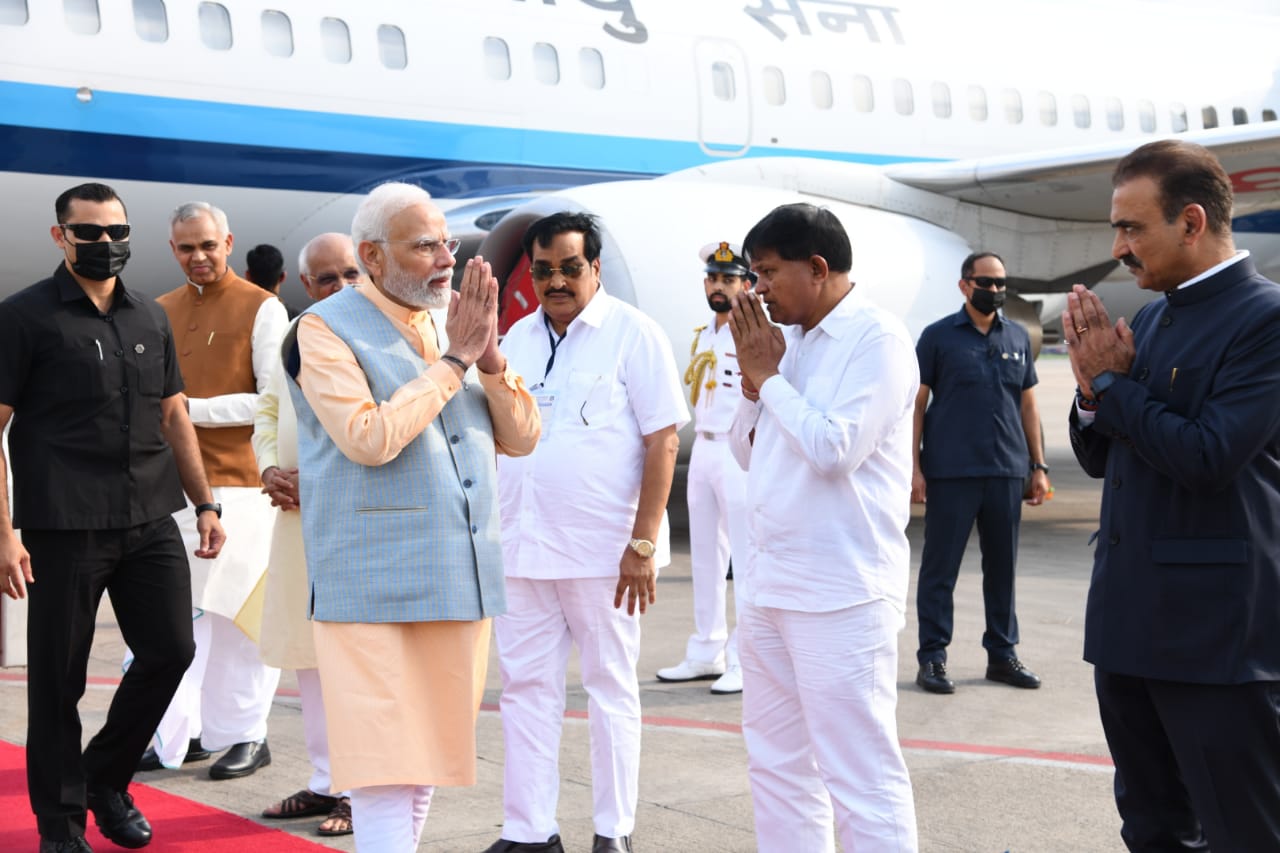 Mehsana: Prime Minister Narendra Modi will launch development projects worth Rs 14,500 crore in Gujarat during his three-day tour beginning Sunday. He will inaugurate and lay foundation stones of multiple projects at Modhera in Mehsana and also offer prayers at two temples.

PM Modi reached Modhera village in Gujarat’s Mehsana to inaugurate and lay the foundation stone for multiple projects. He will also declare Modhera as the first solar-powered village in India.

Prime Minister Narendra Modi on Sunday landed in Ahmedabad, and will be travelling to Modhera to declare it the first solar-powered village in India. He tweeted as he landed in the city, and said he will be going to Modhera to take part in various programmes and inaugurate multiple projects. A resident of Modhera village said solar panels had been beneficial for them. “Solar panels have been beneficial. Previously we used to pay Rs 2,000 for electricity, but now I am paying Rs 300. We didn’t pay anything to install the solar panels,” said Jaydeep Bhai Patel.

He will dedicate to the nation and lay the foundation stone of projects worth over Rs 8000 crore in Amod, Bharuch.