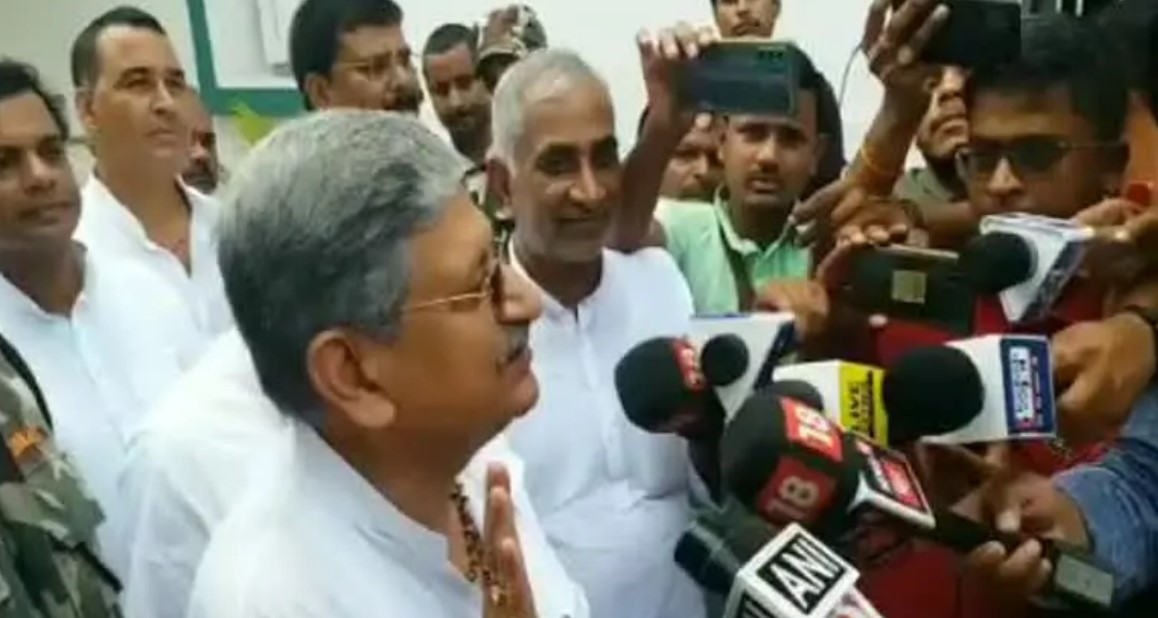 It is not that whoever BJP will declare as corrupt then become corrupt.

Patna: The Prime Minister has given his statement regarding the new political polarization in the country. While, JDU President Lalan Singh has attacked statement by Prime Minister Narendra Modi. He has said that the “PM is not taking action against the corrupt persons while his opponents. He said that CBI and ED raids are taking place only in those states where his opponents”.

JDU President reacted to Modi’s statement: Singh said that “it is not that the BJP will declare him as corrupt, he will become corrupt and those who go to his place, put them in the washing machine and take them out, they will be darken.  He said that the Bharatiya Janata Party should take a peek into its ranks and look, how many corrupt people.

Talking to the ETV Bharat, JDU president asked what is Yeddyurappa. When he was the Chief Minister of Karnataka, he was accused of corruption. The whole world knows this thing, despite this BJP made him the Chief Minister or not? If you went to BJP, then Pakistan became clean. He said that now all this story will not work. No one will believe them. This is all gimmicks. Regarding Sushil Modi.

Lalan Singh said that the Prime Minister had held 42 rallies in 2015, what happened. So Sushil Modi knows what is going to happen.