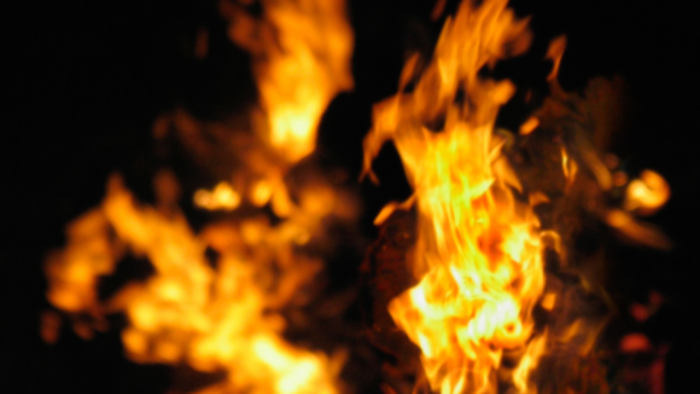 Patna: A massive fire broke out in a building located near Gandhi Nagar on Boring Canal Road in the Bihar’s capital on Thursday. According to the information, goods worth lakhs of rupees kept in the house were burnt to ashes. The fire brigade, which reached the information of the fire, brought the fire under control after hours of effort. The cause of the fire is said to be short circuit.

After the incident, there was a stir in the whole area. As soon as the information was received, several fire tenders reached the spot and started trying to control the fire. It is being told that no one has been harmed. At the same time, due to the fierce fire, the news of burning of many vehicles is also coming to the fore. However, after a lot of efforts, the firefighters present at the spot have brought the fire under control.

According to the information received from the fire officials present on the spot, the fire broke out due to a short circuit in a flat of the building, after which the fire started spreading throughout the building. The fire was brought under control in time.

The people of the surrounding believe that if there was a delay in controlling the fire, then even more damage could have been done. The police reached the spot and started investigating the whole matter.