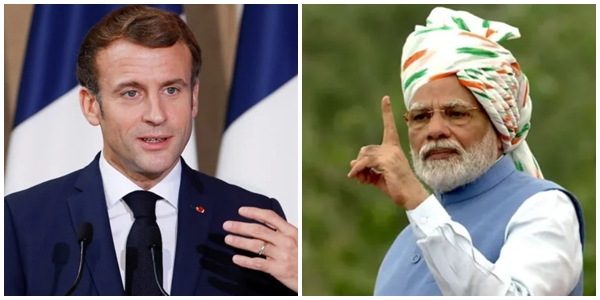 NEW DELHI: India is celebrating the 75th anniversary of its independence today. On this occasion, congratulations are being received from India and abroad.

US President Joe Biden has also congratulated India. Now French President Emmanuel Macron has congratulated PM Modi and the people of India on the tweet in Hindi. Macron extended his greeting to India on the country’s 75th Independence Day and said that Prime Minister Narendra Modi can “count on France to always stand by your side”.

Dear friend @NarendraModi, dear people of India, congratulations on your Independence Day! As you proudly celebrate India’s stunning achievements in the past 75 years, you can count on France to always stand by your side.

Taking to twitter, he called PM Modi his ‘dear friend’ and congratulated the people of India as the celebrations take place across the nation on August 15. President also hailed India’s stunning achievements while reiterating paris unwavering support for New Delhi:

He has also written in hindi his tweet- Dear friend @NarendraModi, Dear Indians, Hearty congratulations on Independence Day. As you proudly celebrate India’s stupendous achievements over the past 75 years, you can trust that France will always be with you.