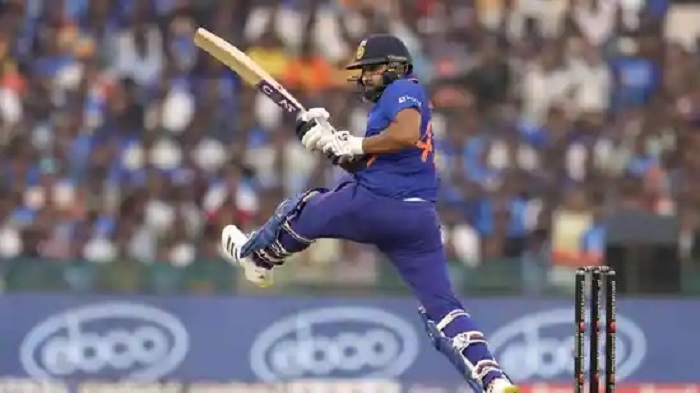 IND vs NZ: India has captured the series after winning the second ODI against New Zealand. In the match played at Shaheed Veer Narayan Singh Stadium in Raipur, he defeated New Zealand by eight wickets.

Shubman Gill wins it with a four. All too simple for India in the end, thanks to the flawless work done by them in the first 10 overs of the New Zealand innings. They dropped no catches, save for the one Kuldeep let go off his own bowling, and their pacers were as relentless as ever. Then Rohit Sharma just ended any tiny chances that New Zealand may have had of making a game of this. India have won this series 2-0 and if they win the next match as well, they will replace New Zealand as the top ranked ODI team in the world. That match will happen on Tuesday in Indore. See you then, good night!

Earlier, India won the toss and decided to field first. However, something happened during this time due to which Rohit Sharma was also trolled on social media for some time.

Rohit Sharma was on the field during the toss along with Ravi Shastri, Javagal Srinath and New Zealand captain Tom Latham.

Rohit Sharma tossed the coin and won the toss as well but he forgot whether he had to choose bowling or batting. He was even seen thinking for a few seconds by keeping his hand on his forehead. He got stuck for a while and then chose ‘bowling’.

Santner does Kohli in again. The ball dips on Kohli as he looks to play on the front foot, he misses it completely and Latham takes the bails off before the Indian can get his foot back in the crease.